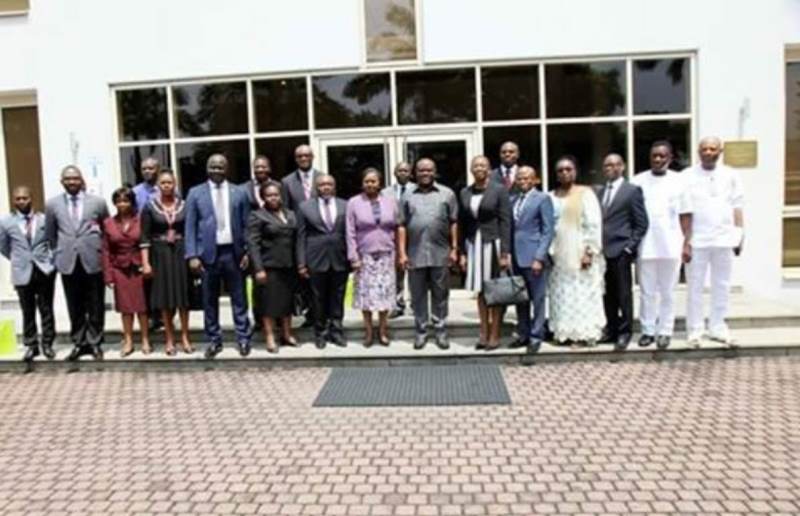 Rivers State Governor , Nyesom Ezenwo Wike has suggested the introduction of Alternative Dispute Resolution (ADR) in the settlement of political conflicts after major elections .The governor noted that ADR will help reduce the level of bickering, time and resources expended on cases at the election tribunals, Court of Appeal and Supreme Court .

Speaking during a courtesy visit by the Executive Members of the Chartered Institute of Arbitrators on Friday at the Government House , Port Harcourt , Governor Wike said : “We as politicians have been discussing on how we can introduce Alternative Dispute Resolution in settlement of election matters without going to the tribunals .

“The Chartered Institute of Arbitrators can play a role in the introduction of ADR to election dispute. It will reduce bickering , it will reduce cost and time spent at the tribunal, Court of Appeal and Supreme Court. In other words, there will be more time for governance “.

The governor added: “It is a major issue that we should put our heads together to see how it will be possible to introduce election matters as issues to be resolved through ADR”.

Governor Wike also noted that Rivers State is safe for investments and tourism.

He said that Nigerians and expatriates have already disregarded politically motivated false insecurity reports being sponsored by the opposition hence they troop to Rivers State for conferences.

The state in the last four months has played host to Nigerian Guild of Editors, Nigerian Bar Association , Rotary International and the West African Architects Fair .

“Check the crime index in the country , that of Rivers State is quite low. It is lower than other major states. Go to Lagos and Kaduna , they have higher crime rate than Rivers State “, he said .

He commended the Nigeria Institute of Arbitrators for bringing its conference to Rivers State .

Earlier , the Chairman of the Local Organising Committee of the Chartered Institute of Arbitrators , Mrs Mmainnaya Essien (SAN ) said that the institute chose Rivers State because the state is safe with modern pamenities to host international events.

She noted that Rivers State will be promoted as a major destination for Alternative Dispute Resolution in the country on the same standing with Lagos and Abuja.

The Chartered Institute of Arbitrators conference will hold between November 10 and 11, 2016 in Port Harcourt .