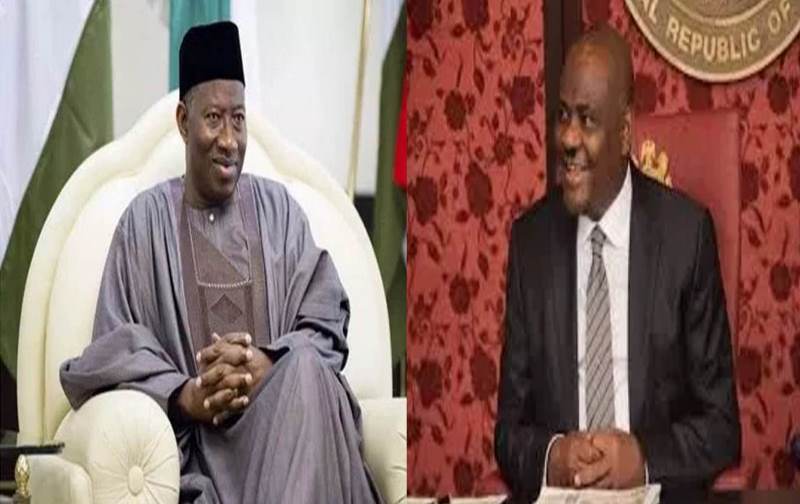 Hold the PDP founding members responsible says Nyesom Wike. The Rivers State Governor, Nyesom Wike said that the selfishness and greed of the PDP elders or founding members was responsible, for Jonathan’s loss to All Progressives Congress’ Buhari at the 2015 presidential elections.  This, Wike said when the National Convention Planning Committee of the Peoples Democratic Party visited him at the Government House in Port Harcourt on Monday, May 13th. The former and present governors of Ebonyi state, Senator Sam Egwu and Chief David Umahi were attended the meeting. So were the former governors of Rivers and Niger states, Sir Celestine Omehia and Dr. Muazu Babangida Aliyu. Others present were the former deputy speakers of the House of Representatives, Chief Austin Opara and Hon. Emeka Ihedioha.

“Anybody who loves this party knows that this is the time to make sacrifices. We are rebuilding this party and we need to work together in  unity to succeed … It is important that we work as a team as that is the only way for us to achieve set goals. Only those with hidden agenda will work against the party,” Wike said as he prayed that party leaders to be ready to make sacrifices in the interest and success of the party, noting that the PDP was badly wounded during the 2015 elections.

Governor Wike also lamented that due to the hidden agenda of the PDP’s founding members, they could not or refused to galvanize their constituents towards a PDP victory but instead chose to hold press conference which did benefit the PDP.

After the loss of 2015, Wike said that only party who are dedicated will work hard to re-position the party and those with more hidden agendas will only succeed in creating crises within the party.

He noted that anyone who has the party at heart will be ready to make sacrifices for the sustenance of the party after the loss it suffered during the 2015 general election.